Urvashi Rautela has become Miss India and then she entered into films. She has made her debut in Bollywood and been part Masti franchise, Hate Story franchise. Urvashi Rautela did not find much opportunities later and she found success in Telugu with a special song, Boss Party, in Megastar Chiranjeevi’s Waltair Veerayya. The movie has made 200 crores in just 2 weeks time at Box Office and Urvashi Rautela got huge name for her dance moves, too.

The actress has accused Indian Wicketkeeper Rishabh Pant off stalking her and trying to woo her. He dismissed her accusations and Urvashi Rautela has been kind off following him. Netizens have advised her to stay away from such activities. Anyways, she has been in the news for that drama. Urvashi Rautela wished him good health, after his accident. For now, this matter has ended there.

Now, Urvashi Rautela has posted her pics from Paris Fashion Week and she looks killer in White outfit. She dropped pics of her wearing cooling glasses and in a minivan. Urvashi Rautela just looks stunningly beautiful in those pics. Watch it for yourself, if you don’t believe us. 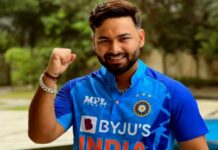 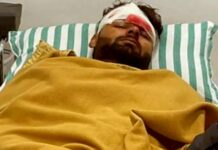 Indian Cricketer Rishabh Pant is in ICU due to severe accident 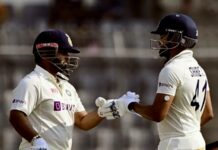