Thalapathy Vijay has grown in star power and reach with each film after his biggest breakthrough blockbuster hit, Thupaaki. He is now enjoying a great popularity in Overseas and other big film markets in India other than Tamil films. Thalapathy Vijay is coming up with Varisu for Pongal. Fans of the actor are eager to watch him on screen post disappointing Beast.

Varisu filmmakers Dil Raju and Vamshi Paidipally have announced that the movie will be a complete entertainer and Thalapathy Vijay will look at his stylish best. For same date, another big star and friendly rival, Ajith Kumar is coming up with Thunivu. The movie teaser has come out recently and went viral. Thalapathy Vijay fans are eager now to watch Varisu trailer.

Already team has released jukebox of the album composed by SS Thaman. Ranjithame single has become massive hit. Now, the happy news for all Thalapathy Vijay fans is that the trailer will be coming out on 4th January, 2023, at 5PM. Varisu has made this announcement and Thalapathy Vijay seemed to be confident about the film at the pre-release event.

Nandhi combination comes back with Ugram! 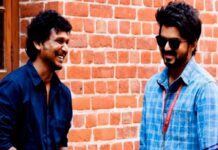 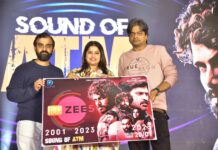 Dil Raju: ATM web-series will entertain you while creating tension 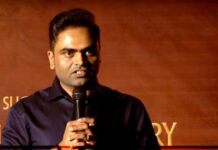