Tamannaah Bhatia has been confirmed as cast in Rajnikanth Jailer. Sun Pictures released her first look from the film. She has been cast as leading lady alongside Suriya, Karthi, Vijay, Ajith already in Tamil. She played opposite Pawan Kalyan, Mahesh Babu, Jr. NTR, Ram Charan, Prabhas, Allu Arjun in Telugu as well. This is the first time she is sharing screen with Rajnikanth.

Now, she is playing an important role opposite Rajnikanth. She might be cast opposite Megastar Chiranjeevi in his next film, Bholaa Shankar as well. Nelson Dilipkumar scored hits with Kolamavu Kokila, Doctor and his Beast with Thalapathy Vijay, did not satisfy all audiences. He wants to deliver a huge blockbuster with Rajnikanth and a teaser has been released featuring Rajni look from the film, too. For the first time, Mohan Lal and Shivraj Kumar are acting with Rajnikanth and this is definitely, a huge exciting point for the film.

Rashmika Mandanna clarifies on her relationship with Vijay Devarakonda! 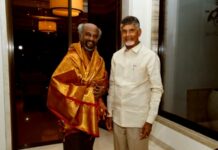 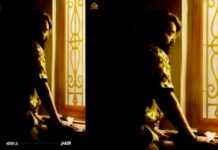 Mohan Lal and Superstar Rajnikanth come together for first time ever! 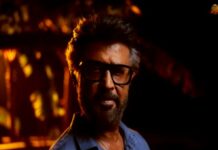