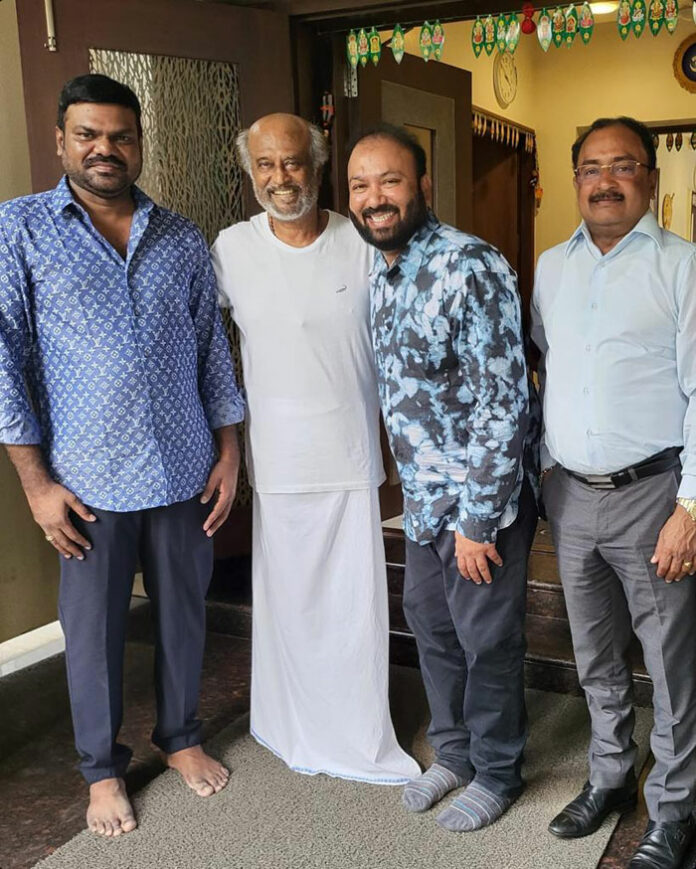 Superstar Rajinikanth is considered one of the greatest acting legends of our time. His films are awaited by his legions of fans with great enthusiasm. The general audience are always gung-ho about watching him on the big screen in a variety of roles.

Lyca Productions is the most-happening production house known for producing prestigious projects on a luxurious scale. ‘Ponniyin Selvan: I’ is a case in point. At a time when the glorious banner is producing ‘Ponniyin Selvan: II’ and ‘Indian 2’, it has now teamed up with Rajinikanth himself. This is a reunion of the great ‘2.0’ combination!

Today, Mr. Tamilkumaran, the Head of Lyca Productions, announced that the banner will be producing two films with Rajini. The puja ceremony for both projects will be held on November 5 in Chennai.

Mr. Subaskaran, the Chairman of Lyca Productions, and Mr. Premsivasamy, the Deputy Chairman of the banner, were also present during the announcement alongside Rajini.

There is going to be an ample amount of anticipation around the crazy, big-ticket projects. More details will be announced soon. The names of directors will be officially received soon.