Superstar was never a word coined to any Star in Indian Cinema with consecutive hits. Fans of an actor gave that tag to him after public polls and hence, it remained with him. He was none other than Superstar Krishna.

Superstar Krishna acted in 350 films, worked as Producer and Director, Editor for approximately 35-40 Hindi, Telugu films. He built Padmalaya Studios in Hyderabad and earned name for his fearlessness, innovation on screen and off screen too. Indian Government conferred Padma Bhushan for his services to Indian Cinema.

Unfortunately, Superstar Krishna passed away on 15th November in the early wee hours of the day. Continental Hospital, Hyderabad doctors have given in their health bulletins about Superstar Krishna health condition that he was extremely critical on 14th November.

Family members of Superstar Krishna admitted him to Continentsl Hospital when the 80 year old actor underwent heartstroke. Doctors have declared that he had cardiac arrest and revived him but his brain functions got affected and he had multiple organ damage.

Current generation Superstar Mahesh Babu, son of Superstar Krishna lost his elder brother Ramesh Babu, mother Indira Devi and now his father in a span of year. We extend our condolences and prayers to Superstar Krishna family members in these tough times. 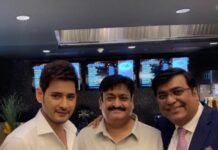 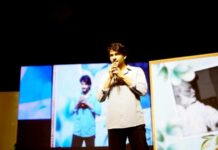 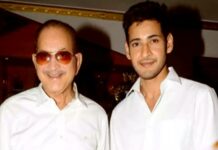