Nitro star Sudheer Babu is playing a cop in his upcoming intense action thriller – ‘Hunt’ which is bankrolled by V Ananda Prasad under Bhavya Creations banner. The film is directed by Mahesh and it is now officially announced for a grand theatrical release on the 26th of January, marking Republic Day.

A striking new poster was also unveiled to publicize the release date. Sudheer Babu sports an intense look in the poster. This film also has Premisthe fame Bharath and Srikanth in cop roles.

Speaking about the release date announcement, the producer V Ananda Prasad said “We’re delighted to be releasing Hunt in theaters on the 26th of January, marking Republic Day. We’re confident of enthralling our audience. Post production has been wrapped and the film is set for grand theatrical release. Hunt is a high voltage action thriller. Renaud Favero and Bryan Viger who worked on several Marvel films and lastly on John Wick 4 have composed the action sequences for our film. The teaser and the first song are trending on YouTube already. We’re very confident about our product.”

PM Narendra Modi mourns his mother’s death but gets back to his duties too. Read here. 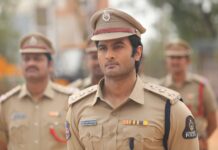 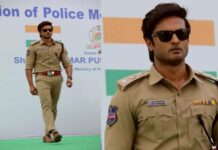 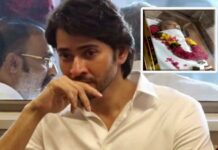