SRK or Shah Rukh Khan celebrated his birthday on 2nd November. As always, the actor received huge number of wishes and his fans flocked in front of his house to wish him. SRK has been trying his best to return the unconditional love, his fans shower on him. The global star hero from India is known for his grand gestures and kind-heartedness. SRK fans have come together and formed a group called, SRK Universe.

A few selected members, who are part of the SRK Universe, got to meet the star at his house, in a specially made auditorium and the star addressed each one of them. SRK gave them photos with him and then entertained them as well. You can watch a glimpse of it, here.

The one. The only. Happy Birthday sir. @iamsrk 👑 pic.twitter.com/gmbSzSbbyn

Fans of SRK, who got the opportunity to meet him, also got token gift in return from the star as he gifted them smart watches and even gave them dinner packets. Also, for everyone who travelled long to his house, he arranged some snacks like every year.

SRK shared the video and image of fans who came to meet him on his Twitter account. He wrote:

“It’s so lovely to live in front of the sea…..the sea of love that spreads all around me on my birthday….thank u. Grateful for making me feel so special….& happy. The sea of love as I see it. Thank u all for being there and making this day ever so special. Gratitude…and only Love to you all.”

The sea of love as I see it. Thank u all for being there and making this day ever so special. Gratitude…and only Love to you all. pic.twitter.com/IHbt4oOfYc

SRK shared the video of Burj Khalifa displaying his name and wishing him on his birthday and wrote, “Thank you my friend for putting me on top of the world every year. Love to you.”

Thank you my friend for putting me on top of the world every year. Love to you https://t.co/PuZH3QXJW5

SRK Pathaan teaser, released on his birthday has gone viral and has been creating new records too. On Youtube, Pathaan teaser crossed 19 Million views and 1.2 Million likes in one day. Across the social media platforms, the teaser has clocked 90 Million views as per media sources. Pathaan is scheduled to hit theatres on 25th January, 2023 and it has Deepika Padukone, John Abraham in other lead roles. Siddharth Anand is directing it.

Did you watch the Pathaan teaser? Here you can. 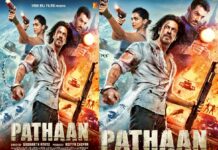 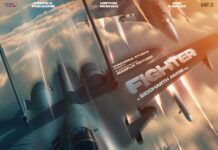 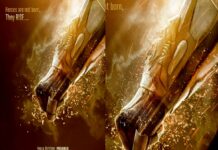