Sivakarthikeyan after hits like Doctor and Don has decided to work with Telugu producers like “Asian” Suniel Narang, Puskur Rammohan, Suresh Babu. Jathi Ratnalu fame Anudeep KV directed the film, Prince and Maria Ryaboshapka acted as the female lead in the film. Promosing to be wholesome comedy entertainer, Prince released for Diwali weekend. Let’s discuss about the film.

Anand (Sivakarthikeyan) is a social teacher at a convent in his village. Jessica (Maria Ryaboshapka) joins the school as English Teacher and she hails from a “Brirish settled in India” family. Anand falls in love with Jessica and his father, Vishwanath (Satyaraj) encourages him to pursue her. On the other hand, Boopathi (Premji), a land dealer tries to occupy illegally land of Jessica’s father. As Jessica’s father feels unwelcomed in the village, he decides to sell off his land and move to UK. Vishwanath after knowing that Jessica is a British girl, becomes patriotic and doesn’t permit Anand-Jessica marriage. What happens next? Watch the movie to know more…

Sivakarthikeyan has been able to find acceptance in Telugu diaspora as well, mainly, with Doctor and Don films. Both of them have become huge hits for Sivakarthikeyan in Tamil and widely appreciated films in other languages. Hence, Prince had more expectations to account for as even next film of Jathi Ratnalu director, KV Anudeep, would have high anticipation. But Prince fails to deliver on the “Silly” and “Dumb” yet “Clever” satire on Humanity vs Patriotism debate. Anudeep tries to tell people that borders, differences of caste, creed doesn’t matter as these are all “manipulated” emotions and not natural.

But he doesn’t give them such importance to take him seriously. Even though he himself tries to undercut with comedy, the lines and choices, jokes are too lame, silly. For a simple love problem being dragged out so much, the jokes needed to be far better and clever than just random. Satyaraj, Premji have done much complex comic scenes than these and they tried their best to sell them. Sivakarthikeyan though he performed well, it did not suit his image. SS Thaman music, Maria and everyone else did not really fit into Anudeep satirical world of “simplicity and silliness”. Not every story can be Jathi Ratnalu. 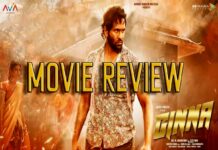 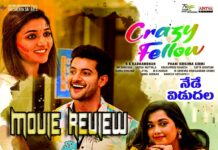 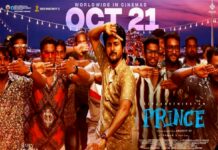