Tamil Star hero, Sivakarthikeyan started to build his image and market in Telugu states, Kerala too. He has decided to come up with a Telugu-Tamil bilingual Prince, in the direction of K.V Anudeep, Jathi Ratnalu fame. Sivakarthikeyan has delivered Doctor and Don, two hundred crores grossers and he is hoping to deliver hattrick with this one. Prince trailer has been released in Chennai, in the presence of Sivakarthikeyan, Maria Riaboshapka and Sathyaraj.

Suresh Productions, Asian Cinemas production house Sree Venkateswara Cinemas LLP and Arun Viswa are jointly producing the film in Telugu and Tamil. SS Thaman scored music for the film and single from the album, “Bimbi liki” became a viral hit. Sivakarthikeyan seems to have found a success formula that works on him and for his films. In this movie, Sivakarthikeyan will be seen as School Teacher who falls for British girl.

His village makes it a big issue that he cannot love a British girl. Sathyaraj supports Sivakarthikeyan and Maria in the film. K.V. Anudeep came up with an entertaining comedy that became a huge blockbuster, Jathi Ratnalu last year. Now, if can deliver with this bilingual, he would be regarded as next big comic movie director in South India, for sure. Movie is scheduled for Diwali release on 21st October.

After you enjoy this Sivakarthikeyan and Anudeep, Prince trailer, watch the Kannada Kanthara from KGF-2 producers, too. 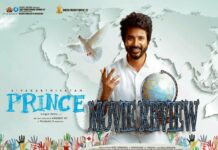 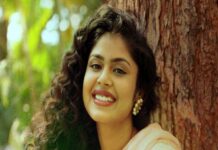 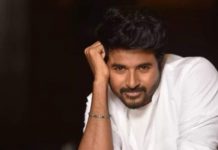