Shehnaz Gill has become famous after her Bigg Boss stint and her love story with Siddharth Shukla has occupied headlines of tabloids. Fans of Siddharth Shukla love her and after his death, they have been supporting Shehnaz Gill, in every possible way. The young actress has been trolled for her remarks – “Sadda Kuttha Kuttha” and a composer has made a song of it too. Shehnaz Gill has transformed herself and became strong by recovering from the grief of losing Siddharth.

Now, she is concentrating on her career more and she has a new video song coming up. Shehnaz Gill shared the glimpse from her new song with Guru Randhawa on social media and here is it.

The song is titled, Moonrise and Shehnaz Gill wrote, “2023 is going to see a new kind of #Moonrise
Cannot hide my excitement for this one from #ManOfTheMoon album.
Moon is rising on 10th January 2023. Stay tuned.”

Well, not just her, we all are excited to watch this new video from Shehnaz Gill. Guru Randhawa has been giving out viral hit singles and albums from last decade and we hope, this will be as good as his previous songs. Let’s hope Moonrise will be memorable and soothing. 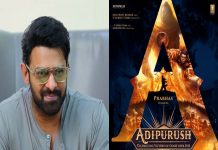