Shahid Kapoor has decided to enter into OTT space and do a web-series. He chose to be part of next thriller series from Raj & DK, who turned the tide for them after scoring flops with films on OTT. They changed their fortunes with Family Man series and now, they are coming up with Farzi, for Amazon Prime Video. The series has Shahid Kapoor, Vijay Sethupathi in leads along with Kay Kay Menon, Raashii Khanna. Farzi trailer with Shahid Kapoor looks much more fun than we aniticipated.

Vijay Sethupathi dubbing in his own voice and adding his natural swag to the character needs to be praised. Shahid Kapoor seems to have been presented in his best look and the actor seems to have had good fun too with the material. Raashii Khanna is believable in the shots shared in the trailer and entire scheme seems interesting too. Shahid Kapoor playing a con-artist is refreshing to watch on screen as he gave great performances in Kaminey, Badmaash Company as a con.

Raj & DK have style in delivering content and writing. If they bring that uniqueness into this series, as well, we are in for a big treat with the kind of actors they have in ensemble. Shahid Kapoor and Vijay Sethupathi chemistry will be mad rush to witness for sure. Farzi will start streaming on 10th February, 2023, on Amazon Prime Video. Amol Palekar and Kubbra Sait and Regina Cassandra are also part of the cast. 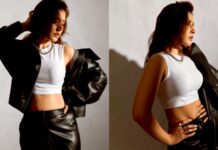 Raashii Khanna in an hour-glass figure for Farzi promotions 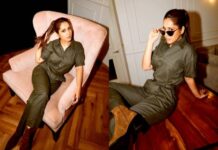 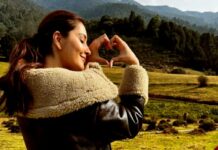