The film Ki & Ka, addressed the issue of working woman preferring a house husband like how husbands prefer housewives. While this film doesn’t follow that film, the idea seems to be the same. Santosh Sobhan is playing a youngster who is finding it difficult to get a job but gets married to his love and the couple have a happy life. But then, she asks for her husband to get a job and things spiral into one problem after another. Santosh Sobhan and talented Tamil actress Priya Bhavani Shankar are playing as the young married couple, in the film.

The movie is directed by Anil kumar Aalla and produced by UV Creations. Sravan Bharadwaj composed music for the film. Kalyanam Kamaneeyam is coming on 14th January, 2023 trying to utilize Sankranthi holiday period like Shatamanam Bhavati and Express Raja. Santosh Sobhan is confident about the movie but the team has decided to keep the promotions low key with four biggies – Waltair Veerayya, Varisu, Veera Simha Reddy, Thunivu – taking up social media attention. The trailer promises a healthy family entertainer and if it clicks, it could see very good revenue during the festival time. 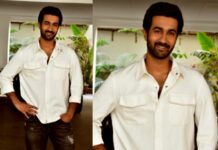 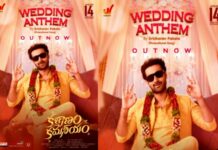 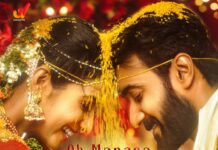