Sai Pallavi has become huge crush of young boys in South Indian languages with Premam, Fidaa films in Malayalam, Tamil, Telugu, respectively. Her dance moves have huge craze and the example for that is the super success of Rowdy Baby song video on YouTube. The song has hit 1.4 Billion views and all thanks to Sai Pallavi, Dhanush dance moves. Now, rumours have been aplenty that Sai Pallavi will soon quit acting.

The actress has clarified about the rumours in her typical style. Sai Pallavi did not use any harsh words and in a very sweet way politely stated that she is waiting for right scripts to come her way. She stated that she did not anticipate Premam, Malar character to become such a sensation and she is thankful to filmmakers for coming up with such a character for her. Sai Pallavi said that she wishes to be part of such characters more and wants her films to be remembered.

Sai Pallavi further stated that she is willing to act only when she finds such roles and until then, she is ready to wait patiently. She said that she is happy with her career progress till date and her parents have been supportive of her decisions, even though she changed her career path from Doctor to become an actor. Sai Pallavi last appeared in Gargi film and no official confirmation as come about her next films but she could be seen as Sita, in a Pan-India film besides Ranbir Kapoor. 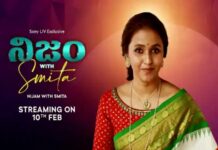 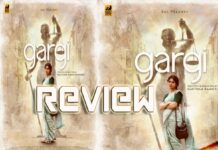