Netflix has been releasing Indian Movies and Web-series along with world content mixing it up from past 5 years. Radhika Apte has been a favourite of Netflix Indian directors and she shares screen with Rajkummar Rao, Huma Qureshi in a mystery thriller. Vasan Bala has come up with this new film after his Mard Ko Dard Nahin Hota as a director. He wrote for ’83, before. Monica O My Darling is a hugely popular song from classical Bollywood and keeping it as a title for a thriller makes it more interesting choice than all. Let’s discuss about the movie.

Monica (Huma Qureshi) and Newly appointed Board of Director, Jayant Arkhedkar (Rajkummar Rao) have an affair. Jay is going to become son-in-law of MD and CEO, Adhikari. Monica announces that she is preganant and tries to extradicate money from Jay. Similarly, she blackmails Nishikant Adhikari (Sikander Kher), son of Adhikari and an accountant professional. Nishikant decide to kill and drags Jay into his plan. Will their plan workout? Will Monica die? Who will kill whom? Where will this nexus of crimes lead to? Watch the movie, Monica O My Darling, to know more…

Monica O My Darling song seems to be an obsession for the writer-director Vasan Bala. Movie tends to have the song track remixed and re-remixed in Background for many scenes. While it is good in few scenes, at few places it tends to irritate as well. Vasan Bala came up with a whacky and completely original and highly twisted thriller. The attempts at Dark or Black Comedy worked more towards the end than the starting portions. Vasan Bala had more better one-liners in Mard Ko Dard Nahin Hota with meta references and throwbacks but the film misses the kind of involvement another dark thriller Andhadhun could command from the viewers. It feels like the director wanted to use somehow use Monica O My Darling to satisfy his need to give 80’s a big nod.

Rajkummar Rao is good in this movie and completely effortless. Huma Qureshi did not get a role that we can really remember as we know she has been able to pull-off much complicate roles. She looks good and did well for what has been offered to her. Radhika Apte has been used for comic relief and her role looked slightly pointless. Twists in the last half-an-hour work but strong writing in the first hour and less usage of Monica O My Darling track might have helped the movie better. As it is an OTT movie, you can easily watch it once.

Negatives:
Over usage of Monica track
Few comedy scenes did not work
Story gets predictable 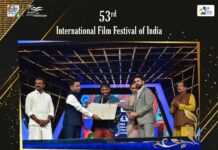 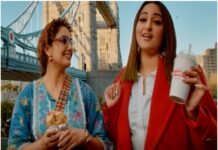 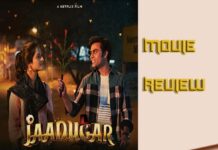