Natural Star Nani has turned into a producer with Awe and he produced HIT film. Now, the movie sequel is coming as HIT 2nd Case and has Adivi Sesh playing the lead role. In the first film, Vishwak Sen played the lead role and now, Adivi Sesh is playing the role of Inspector KD. Nani has decided to promote the film taking time off from his Dasara film.

Adivi Sesh is playing as KD and Nani made a video with the actor. In the video, Adivi Sesh asks Nani, if he knows about the movie HIT 2 release. Nani tells him that he saw the trailer and he is confident that it will be a HIT. Sesh asks him, how he can be so certain, when he has doubts. Taking a joke on himself, he asks if the 30th shot is right or not. Nani asks him to stop over-thinking and confirms that movie is a hit.

Adivi Sesh asks him, what makes him so confident, Nani replies that Trailer made him confident. Sesh asks him, if he can also watch the trailer and Nani replies that everyone can watch it on 23rd November, 2022. The video is in the typical style of Nani, laced with comedy and self-deprecating and appreciating humor. Adivi Sesh and Meenakshi Choudhary have acted as leads in the film and Sailesh Kolanu directed it. HIT 2 is releasing on 2nd December, in theatres. 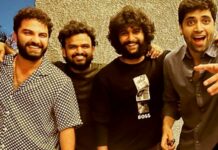 HIT2 director promises HIT3 to be even bigger 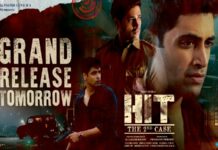 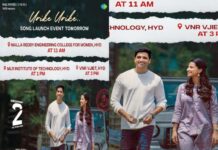