Now, Naga Chaitanya reacted to Nandamuri Balakrishna’s comments at Veera Simha Reddy success event. While talking about NTR, his father, NBK said, “Aa Rangarao, Akkineni Thokkineni..”. These words have hurt Akkineni fans and they have issued an open letter asking NBK to apologize. Naga Chaitanya first reacted to the comments and stated that they respect their grandfather and SVR, NTR, ANR should be respected as legends of cinema. Akhil Akkineni also shared the same comments.

Nagarjuna Akkineni did not react yet. On the other hand, about his comments on SVR, Kapunaadu leaders issued ultimatum to NBK to apologize by 25th January, 2023, otherwise they will protest. Naga Chaitanya response to the comments has been classified as classy and non-controversial while being firm. We have to wait for NBK’s response about the same! 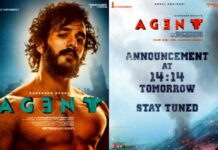 Akhil Akkineni Agent movie to be released on 3rd February! 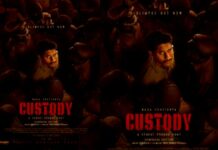