Mouni Roy has been very popular on social media with her sensuous photo shoots. She has been maintaining her looks from long time and even after marriage, she is looking at her sensuous best. Mouni Roy, recently acted in a music video with Yo Yo Honey Singh and it went viral. She shared some of her New Year holiday pics and they have gone viral, too. Now, Mouni Roy, shared her latest photo shoot pics wearing pink lingerie.

She looks too cute in this dress, doesn’t she? Mouni Roy became a huge sensation on TV, after her Mythological show, Devon ke Dev Mahadev, became huge success. After that she tried to repeat the success but she found social media success but not at the same level. Naagin made Mouni Roy, a huge sensation and even helped her act in many films in special songs and in Brahmastra, she played main villain, too.

Now, the actress has been a part of many song videos and she has a separate fan base for her looks. Mouni Roy is going to join Akshay Kumar in his North America tour, soon. Well, if the actress keeps sharing such images, no one will ever be able to take their eyes off her ever, can they? 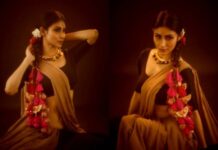 Mouni Roy looks like a village belle in this outfit 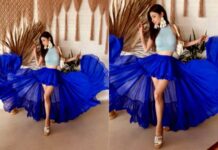 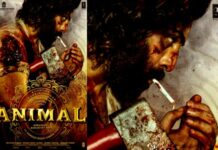