Mouni Roy has become a well known actress in Indian households with her stinct in Devon ki Dev Mahadev series and Naagin. The actress has gone on to star in many special numbers in Hindi films and private video songs that have gone viral. Mouni Roy even been part of Brahmastra, as major villain too. Now, the actress has announced her next single video release.

She will be seen dancing to the tunes of Yo Yo Honey Singh, in the song. The song is titled, Gatividhi and it will release on 24th December on Namoh, Youtube channel. Mouni Roy shared the same on her Instagram page, with a crackling image. She wrote,

“Our song Gatividhi is releasing tomorrow. Watch it first on the Namoh YouTube channel. Thank you
Give us all your love pweez ”

The actress has got married a year ago and she seems to be getting more busy after marriage than before. Mouni Roy wants to be known for her ability to emote, dance and act as a celebrity. And we know, she will do a great job again in a trendy avatar in her new video single, don’t we? 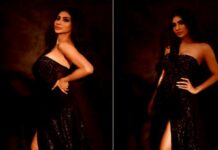 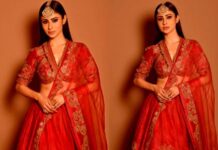 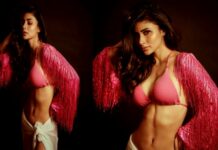