Malavika Mohanan has burned the Internet down with her sensuous bikini, cleavage revealing and ultra-sexy photos. As they say, she has been known for giving out “content” on Internet with her photos and got huge fame on social media, with just her photoshoots. Malavika Mohanan has changed that dressing style for Sankranthi festival photos and her upcoming film, Christy promotions. She looks incredibly graceful and beautiful in saree. Just look at these photos of Malavika Mohanan and decide for yourself, if we are exaggerating, even a bit.

Malavika Mohanan wore the saree and stated that she is excited to start Christy promotions. She just looks elegance personified and graceful in the saree. She wrote,
“Finally kickstarting Christy promotions!
So excited to finally be able to talk more and share more about this really special film so close to my heart”

Well, Malavika Mohanan has appeared in a supporting role in Petta and then took off on social media with her sensuous photos. She acted besides Vijay in Master and Dhanush in Maaran. Malavika Mohanan is all excited about Christy and is going to debut in Hindi with Yudhra. We wish her all the best and hope to see her mesmerizing her all the time!

These tips will help you keep Healthy Nails during Winters 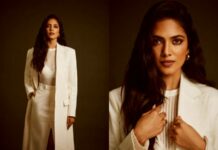 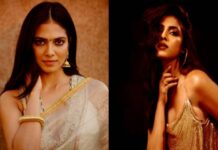 Malavika Mohanan impresses us with her verstality! 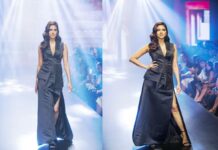