Zee5 has been producing successful Telugu web-series and they have collaborated with Tamada Media to produce their next. The web-series is titled as Aha Naa Pellanta and the title reminds us off the Legendary Telugu comedy classic, Aha Naa Pellanta by Jandhyala. Like the original film, new web-series crew also decided to get creative with the media invitation to watch the web-series episodes.

The crew has written,
“We request you to bless us by coming to Prasad Labs on 17th (Thursday) November, 11 AM to watch the web series Aha Naa Pellanta produced by Zee5 Telugu and Tamada Media. After that “Aha Naa Pelanta” web series hero, heroines and other actors and technicians will interact with you. Finally, we wish for you to come and bless our Aha Naa Pellanta actress and actors by participating in the “Banti Bhojanam” (Lunch) program where the actors will served you on their own with their best wishes.

Raj Tharun, Aamani, Harshavardhan, Posani Krishna Murali are cast in this web-series and it will start streaming on 17th November, on ZEE5 OTT platform. 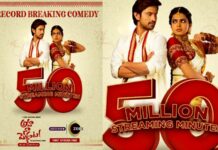 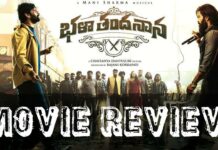 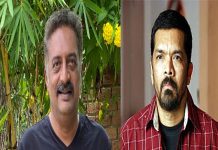