Balamurali Krishna (Ganesh Bellamkonda) is a sweet, innocent and slow-to react person. Someone has to tell him how to behave in a situation and listens, submits to them, if he is convinced. But it is easy to manipulate him too. His parents decide to get him married and search for suitable brides. He gets a job in Electricity Department and hence, his parents believe it would be very easy. But somehow Bala doesn’t find a suitable bride.

He meets Bhagyalakshmi (Varsha Bollamma) as his parents choose her after some failures. Bala instantly likes her but Bhagyalakshmi wants to be free and have the freedom that she doesn’t have with her parents at her in-laws house. Hence, she hesitates but Bala persists and offers her everything she wishes. She travels with him, secretly and agrees for marriage after understanding him. When both of them are about to get married, a woman (Divya Sripada) enters with a baby and hands it to Bala as his baby. What happened in the past? Who is the baby? Will Bala and Bhagyalakshmi marry each other? Watch the movie to know more…

Ganesh Bellamkonda is apt for the role of Balamurali Krishna and he did a decent job for a debutant. Varsha Bollamma did her best in the little she is offered. Movie belongs to Rao Ramesh, Naresh and Goparaju Ramana. Many comic scenes work in second half due to this trio of brilliant actors. Makers relied more on keeping the drama in lighter vein and give hilarious comedy to family audiences.

While jokes work somehow story doesn’t entirely convince. The drama between the lead pair and surrogate mother looks undercooked. Romance between the lead pair should have been given more time to settle with the audience, so that they care for their break-up. Film looks more like 80’s and 90’s Rajendra Prasad family drama than contemporary. Music by Mahati Swara Sagar could have been much better and screenplay by debutant director, Lakshman doesn’t offer many drama moments except the jokes. Well, it offers some hilarious moments in regular drama. Watch it if that fits your bill. 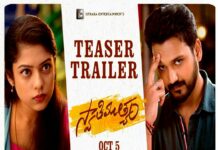 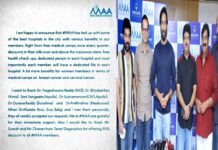 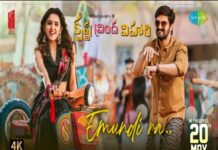