Dhanush is one of the most sought after actors in World Cinema. He started out in Tamil Cinema and then spread wings up to Hollywood after entering Bollywood. With Sir, he is testing the waters of Telugu Cinema, as well. Dhanush has started shooting for his next film, after Sir, Captain Miller. Arun Matheswaran is directing the film and it is said to be a road movie mixed with high octane action thrills. Sandeep Kishan has been cast in the film and GV Prakash Kumar is composing music. He composed music for Dhanush Sir, too.

Siddhartha Nuni is handling Cinematography and Nagooran is editing. Madan Karky is writing dialogues for the film. Viswasam Producers, Sathyajyothi films are producing the film. Captain Miller team has come up with the first Behind the Scenes, showcasing, Dhanush in the get up. The makers did not reveal his complete look, yet but they have given glimpse. Dhanush has transformed himself to look slightly bulky for this film.

Priyanka Mohan is cast as leading lady and this is said to be a new genre film for Indian Cinema. Arun Matheswaran earlier made films like Saani Kaayidham, Rocky. He is making Captain Miller with Dhanush and venturing into more commercial filmmaking as till date he made slightly off-beat films. After Sir and Captain Miller, Dhanush will start his work for D50, with production house Sun Pictures. 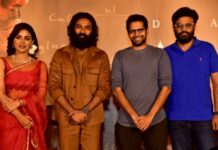 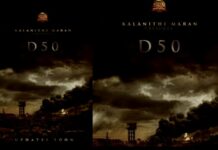 Dhanush 50th film D50 to be highly special for fans! 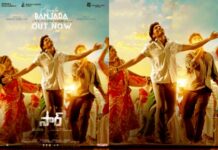