Ravi Teja’s Ramarao On Duty has been said to be held back indefinitely by the team. The sources from T-Town say that Ravi Teja did not like the final output and asked for re-shoot. He asked the team to change at least 30% and they may have to go for re-shoots.

Ravi Teja is in no mood to heed to producers as he is worried about delivering flop after flop. He wants to either deliver a good film or a hit film, nothing that brings him down. He had been going through flops for some time until Krack broke the streak.

Khiladi that released this year ended up being a disaster. He doesn’t want that to be the case again with Ramarao on Duty. As it also involves an young director’s career, he had asked the producers to reshoot and put the project on hold until further notice.

As these re-shoots involve bringing in more actors on board and costs double to production, everyone is in two minds. But ultimately, the reshoots will be done say sources close to team. Right now, Ravi Teja is shooting for Tiger Nageswara Rao film. 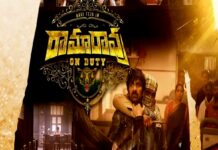 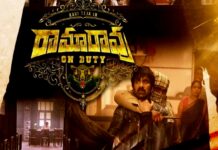