Avatar 2 aka Avatar The Way of Water has proved many box office experts theories as wrong. The movie sustained coldest wave ever hit USA and Covid-19 scare in China. It has crossed 1.4 Billion US$ mark and it is marching on to push its tally to US$ 2 Billion. Avatar 2 has crossed Rs.335 crores mark at Indian Box Office and it is set to hit Rs.375 crores mark too. Avatar 2 has strong potential to become biggest Internatonal blockbuster ever by even touching 400 crores mark as no big Hindi release has been planned till 25th January, Pathaan.

With such long free-run guaranteed, Avatar 2 has proved to be the biggest success for James Cameron in India. As the movie is set to hit 2 Billion mark, worldwide, the next sequels are expected to break the box office, similarly. Will the movie touch the coveted US$ 2.7 or 2.8 Billion mark, like Avatar is yet to be seen. But Avatar 2 is confirmed to be another box office success for James Cameron, the director who has the history of box office successes like no other director ever.

Avatar 2 has become 13th All-time Highest Grosser, worldwide and the movie has ensured that Avatar will be biggest box office money spinner. After MCU and Starwars, Avatar film franchise could be the Billion Dollar franchise that Disney wants badly, at this moment. Well, there goes all theories that Avatar 2 will be a flop, down the drain!

Cold temperatures to rise in Telangana! 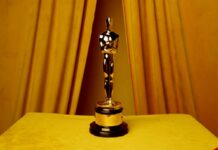 Everything Everywhere All at Once gets maximum Oscar Nominations! 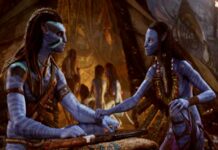