Naveen Polishetty has become a young sensational hero in Telugu Cinema has his Agent Sai Srinivas Athreya and Jathi Ratnalu became hits. Jathi Ratnalu turned out to be a huge blockbuster in 2021, a saviour during pandemic period. Naveen Polishetty is celebrating his birthday on 26th December and Anushka Shetty, his next film, co-star wished him specially, for his birthday.

“Happy happpy birthday Naveen
Wishing u a happy healthy successful year ahead .. looking forward to Sidhu Polishetty … have a beautiful day ahead”

Naveen Polishetty introduced his character from the movie, as Sidhu Polishetty and he is playing a stand-up comic, in the movie.

Naveen Polishetty revealed the details about the shoot and shared,

“Get ready for the laughs. Introducing my next role. Stand up comedian ‘Sidhu Polishetty’ . Thank you so much for the wishes . Shoot happening in full swing . Can’t wait for you guys to watch this film in the new year. We are coming to you very soon 🙂 watch this space for more”

UV Creations are producing the film and they have shared the first look of Naveen Polishetty as Sidhu Polishetty on Twitter.

The movie is touted to be a new age romance between a young guy and an older woman. Anushka Shetty is playing a cook in the film and Naveen Polishetty is playing a comic. Movie is directed by Mahesh Babu and Radhan is scoring music. Nirav Shah is handling camera. Happy Birthday Naveen Polishetty and we wish your success will continue to flourish in the coming years too.

Anushka Shetty as cook from her untitled film with Naveen Polishetty. Read here.

Anushka Shetty first look from her next film 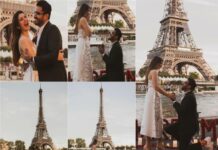 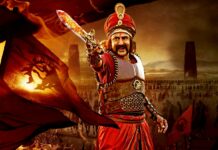