Anchor Suma has become a household name in Telugu households with her funny counters and dignified tone with respect for everyone. Suma has managed to anchor events that have senior actors and also, latest generations. Actors love to interact with her on stage and off stage as Anchor Suma counters tend to entertain audiences and they enjoy it themselves too.

Suma Kanakala started her journey with TV serials and she married Rajeev Kanakala, TV actor back then. Both of them grew in their respective careers and Rajeev Kanakala is known as a good supporting actor in Telugu Cinema. Suma on the other hand became Anchor Suma with her ever smiling face, energy and even though, she is a Malayali, she pronounces Telugu, better than natives do. Hence, she became a star among anchors and Anchor Suma has multiple long running shows to her credit.

In a recent TV event for New Year, Anchor Suma became emotional and announced that she would be quitting anchoring and TV, soon. Everyone present there hugged her and got emotional. The video showcasing this revelation has gone viral and now, Anchor Suma released another video stating that she is born for TV and anchoring. She won’t be giving up that easy and Anchor Suma will continue to entertain audiences on TV. 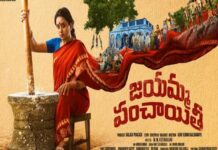 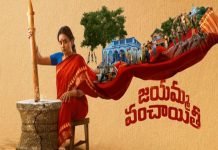 After Ram Charan, Nani chips in for Suma’s movie