Alia Bhatt has risen to a level in Indian Cinema where every director from regional and Hindi language are looking to cast her in their films. SS Rajamouli made special arrangements to include Alia Bhatt in his prestigious multi-starrer RRR which already had Jr. NTR and Ram Charan kind of crazy stars coming together for the first time. Alia Bhatt and Ranbir Kapoor turned many heads towards them when they got married in April, 2022.

Alia Bhatt since her debut in Student of the Year, 2012 film remained to be a favourite of critics and box office commercial moviemakers too. Alia Bhatt has been able to find the best of both the worlds with her movies like Udta Punjab, Highway, Dear Zindagi and Gangubai Kathiawadi that got more critical acclaim and did well at the box office too. Many senior actresses are also looking to follow her example and choice of films. Alia even managed to break the “playboy” image of Ranbir Kapoor by taking him to the marriage hall.

Well, he is not any small kid but it is Alia Bhatt who said to have been key in Ranbir Kapoor taking a decision to settle down. Alia Bhatt announced pregnancy in June and now, the would-be parents have come out in black outfits twinning.  With her Baby Bump, Alia Bhatt seems to have gained more pregnancy glow than ever, in these photos. The couple looked cute and adorable with Neetu Singh, mother of Ranbir Kapoor, joining them. The photo looks like a dreamy Bollywood new-age movie frame, doesn’t it?

Alia Bhatt and Ranbir Kapoor fell in love while shooting for their film, Brahmastra and the movie became a Hit by collecting over 400 crores gross worldwide, upon release in September, 2022. 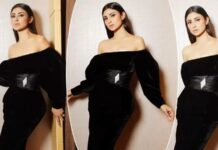 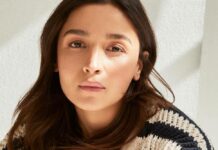 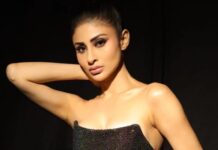