Akshay Kumar has been one actor from Indian Cinema to stick to 4-5 films in a year policy from Bollywood, Tollywood and Kollywood. Not even stars from Kannada Cinema have been going for so many releases in a year. Malayalam Cinema on the other hand, has been constantly finding stars who make 5-6 films, a year, without fail. Akshay Kumar films used to make Rs.100-150 Crores Nett consistently and he started asking for dates that normally get blocked by three BIG Khans.

In the last 5 years, post Dangal and Tiger Zinda Hai, no Khan-starrer has been able to generate profits theatrically and hence, he became known as saviour of Bollywood. Akshay Kumar has enjoyed absolute positivity for him and his films until last year. But pandemic has changed few things and except for his Sooryavanshi, none of his releases worked big at the box office. This year Bachchan Pandey, Samrat Prithviraj, Raksha Bandhan, Ram Setu got theatrical release and each ended up being big disasters.

During one of his interviews for Samrat Prithviraj, he commented on people taking years to complete films while he worked only 42 days for Prithviraj. Recently, his comments received backlash and Boney Kapoor indirectly took a dig commenting that people work for half or 40 days but want full remuneration. Akshay Kumar walked out of Hera Pheri 3 and Kartik Aryan replaced him, already. At a summit, Akshay Kumar and Ram Charan participated together and AK looked visibly unhappy at comments on his habits.

Akshay Kumar said, “Yes, I will work in 4-5 films a year. I will wake up at 4 AM and sleep by 7 PM. Because nights are for sleeping and mornings are there to work. I don’t know what wrong have I committed and why people keep making harsh comments on me. If I am working in 4 or 5, a year, I am working not doing anything wrong. Kindly, stop such comments on me and all I can say is Why you are getting hurt or green, if I am working or waking up early.” Akshay Kumar is working in Selfiee, Bade Miyan Chota Miyan, OMG 2 – Oh My God 2, Soorarai Pottru Remake and few more. 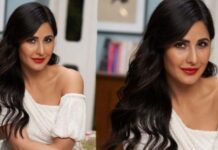 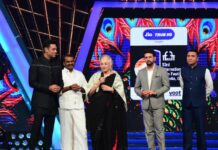 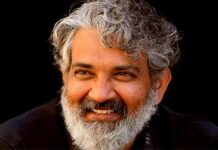 RRR Sequel is in works but…!