It is time to beware and act smart! Yes, COVID pandemic has rocked entire world and now, new variants are scaring everyone as new Virus strains are mutating. XBB15 variant of Omicron has surfaced in US and UK and it is said to be far more threatening than variants in China. This variant is termed as Super Variant as it is a mixture of two to three variants and it is mutating fast. XBB15 cases in New York are on surge and it is said to be the most dangerous of all variants as it spreads fast and resists human cell, vaccines easily.

XBB15 cases have first been recorded in New York and also in New England region. The super variant cases are being found in UK as well. US epidemiologists, especially, Dr. Eric Feigl-Ding has been critical about CDC in US and also has been spreading about this XBB15 Super Variant on social media too. He has harshly criticized CDC for wasting months of time to not make people aware about impending danger with these super variants on rise.

📝Recap why #XBB15 (storming 🇺🇸&🇬🇧) is a super variant:

📍among most immunity-evasive ‘escape variants’ to date

📍one of the best variants for invading human cells via ACE2.

📍Spreads much faster than old XBB or BQ

Well, hospitalizations in US, especially North-East region are on high and equal to Omicron levels. Governments are thinking about travel ban and restrictions on foreign frequent travelers due to this surge. On the other hand, Australia and several European countries have come up with new restrictions against Chinese travelers into their countries with the COVID surge in the nation. XBB15 has proved one thing that the COVID pandemic and the bad dream that rocked world is still far from over!

Chill with Bingo! at the Snack Shack of Sunburn Goa became a hit! 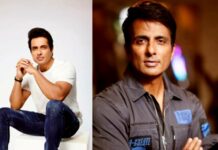 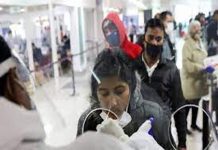 There is a slight rise in Covid cases in Telangana 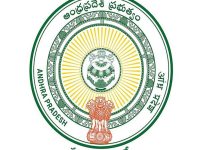