Home Lifestyle Lohri has become one of the most celebrated time. Know why?
Facebook
Twitter
Telegram
WhatsApp

Lohri is an Indian festival celebrated on the 13th of January every year, just before Makar Sankranti. It is an important harvest festival celebrated in North India with great pomp and show. The celebration of Lohri is mainly observed in Jammu and Kashmir, Himachal Pradesh, Haryana, Punjab and Delhi.

Lohri is celebrated to worship the Mother Nature thanking her and welcoming the sun’s journey to the important festival in India owing to our society. On Lohri everyone meets at a common place to celebrate the festival, distributing sweets and welcoming the new season together often in front of a bonfire and singing songs around it. The preparations for Lohri begin a month to a few weeks time before the festival. People of all age groups – kids and elders alike, collect wooden sticks which are then burnt on Lohri.

The houses are decorated and homemade sweets are prepared. People go around the fire and throw rice, popcorn, and other produce as a tribute to God in order to receive blessings for a prosperous season. Lohri is celebrated with music, dance, and singing. All the people, men, and women alike, wear traditional clothes and dance to the tunes of folk music created with the help of dhol.

In regions like Punjab and Delhi, traditional bhangra is enjoyed by everyone too. At different places, Lohri is a great traditional festival and you can remember many Bollywood popular songs featuring the festival as part of it.

Chandigarh is the capital of Haryana and Punjab and celebrate Lohri in the traditional manner. They attend Lohri parties, meet family and friends, wear traditional clothes and devour the local delicacies.

The iconic Golden Temple in Amritsar is lit up beautifully on the occasion of Lohri making it a must-visit place. The meals prepared at the temple in the community kitchens are fresh and delicious.

The country’s capital celebrates the spirit of Lohri with fun activities all around the city. Communities arrange competitions for entertainment and prepare a range of traditional dishes like atta ladoos,sarson da saad, gur ki gajak etc. Though the city may not celebrate the festival very traditionally, it is an occasion to meet near and dear ones and visit temples and gurudwara together.

Jalandhar celebrates Lohri very traditionally. The city is one of the most ancient places in Punjab. Though there are modern developments in the city, the locals try to keep the festival a traditional affair.

Ant-Man and The Wasp Quantumania Trailer: Kang to overpower Time! 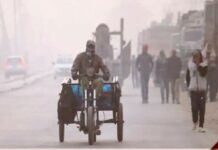 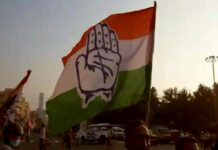 Congress wins in Himachal Pradesh but they fear rebels