The total volume of air that can be held in your lungs is known as your lung capacity. As we become older, our lung function and capacity usually decline gradually after our mid-20s. An average adult breathes between 12 and 15 times per minute under normal circumstances. An inspiration and an expiration make up one respiratory cycle, which is referred to as a breath.

Let us have a look on some factors that has been proven to influence lung capacity:-

Obesity is linked among many people and it is recognized to have a number of negative effects on a person’s health. Obesity can lower TLC on function tests and has features of a restrictive lung disease problem. For few people who are morbidly obese, weight loss has been demonstrated to reverse lower lung volumes.

3.Influence of sex and obesity:-

Due to the differences in central and peripheral fat distribution between men and women, obesity-related reduced lung volumes are more common in men than in women. The higher mass of adipose tissue on the chest wall, which reduces compliance, is assumed to be the proposed mechanism, while greater abdominal adipose tissue restricts the expansion of the diaphragm during inhalation, which lowers TLC, ERV, and FRC.

As you age, your body goes through a number of natural changes that could result in a reduction in lung capacity. The diaphragm, can become weaker. Your airways may become a little bit smaller as a result of the suppleness of the lung tissue that helps keep them open deteriorating. But, the bones in your rib cage may shift and shrink, will reduces the space available for your lungs to expand.

Lowered lung capacity, lung cancer, and chronic obstructive pulmonary disease (COPD), which encompasses chronic bronchitis and emphysema, are all primarily caused by cigarette smoking. Breathing can become more challenging due to cigarette smoke’s ability to constrict airways. It results in persistent lung edoema or inflammation, which can cause chronic bronchitis. Cigarette smoke damages lung tissue over time and could lead to cancerous changes.

Home and workplace pollutants and secondhand smoke can all start or exacerbate lung illness. Eliminate smoking from your car and home. Check for the air quality in your house. Exercise indoors on days with poor air quality. And if you’re concerned that something at home, school, or work might be making you unwell, speak with your healthcare physician.

Some of the other factors are:-

Keep all this points in mind and take care of your lungs for healthy life. 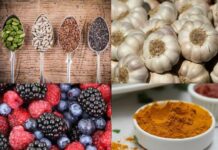 These food items will keep your Lungs Healthy! 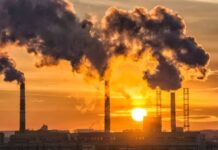