Home Lifestyle Do you know that there is National Men Make Dinner Day in...
Facebook
Twitter
Telegram
WhatsApp

After Halloween Day, continuing the horror in USA, National Men Make Dinner Day is celebrated. Yeah, it is as terrifying as you can imagine. When women make dinner every day and serve to Men, why cannot Men be asked to make dinner at least one day? Don’t get defensive or offensive in the comments, already.

We get it, from a very young age all of us have been customized to think that Cooking is Women’s job while Men go out and win the world. Such old world thinking needs an upgrade just like our systems, body, diet and every other thing. If our thinking doesn’t get an upgrade all other upgrades will seem waste in front of it. National Men Make Dinner day is to encourage such positivity but not to horrify people.

Right now, Indian Men feel that they are entitled to have a privilege of not knowing cooking at all. US Men on the other hand, do put in some more effort while they too are miles away from really being practitioners of gender equality. National Men Make Dinner Day kind of initiatives are introduced to encourage Men to participate in cooking kind of basic necessity activity and learn to help women more rather than differentiate things as Men’s job and Women’s job.

National Men Make Dinner Day should also be celebrated in India, hear us out, before you again get offended, Women should be respected and should not be treated as property. With domestic abuse cases on the raise, rape culture growing, it is important to soften Men as well, rather than asking them to be brave, hard and unemotional.

Men need to express themselves more while women also should learn to speak up against those things that make them uncomfortable and unhappy, uneasy. National Men Make Dinner Day kind of initiatives will help young boys to see their fathers cook and try to replicate that like in some videos, we have seen how abuse is encouraging them to be more abusive. All said and done, we can have 100 initiatives but change is internal.

Hope, National Men Make Dinner Day can start something, if nothing, it will at least help women order out and eat something else than their own “tasty or tasteless” cooking, “fun intended”. 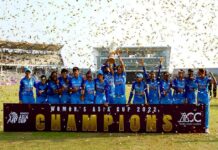