Bigg Boss Non Stop viewers for the first time in Telugu Television Bigg Boss show history, made a female contestant winner. And like all winners, she too had to take her time off the radar but Bindu Madhavi is here to rock. After the show, Bindu Madhavi completed her previous commitments and is now, rearing to go in Telugu and Tamil languages.

Bindu Madhavi started her career as a model and then debuted in Shekar Kammula production, Avakai Biryani. Even though success eluded her for sometime, she found major success in Tamil with Kazhugu, Kedi Billa Killadi Ranga, Varuthapadathu Valibar Sangam films and even participated in Tamil Bigg Boss as a wild card contestant before joining Telugu Non-Stop season. She got 5th place in the Tamil version.

As we said earlier, she got busy post the show with her commitment to Tamil Movies like Mayan and others. Soon, she will be seen in Telugu films too. Before that, she released some gorgeous pictures of her in black dress and like always, she looks stunning in them.  Take a look for yourself and leave a comment, if you like. 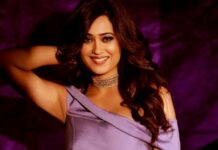 Shweta Tiwari decides to twirl us in lilacs 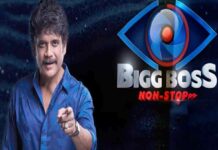 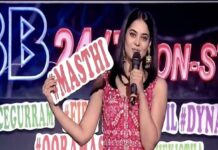