The biggest festival of year, Diwali is around the corner. But the ban of crackers has left all of us wondering about how to celebrate this festival. Because Diwali has always been all about celebrating with crackers and ban on them means taking fun out of it, is it though? We can still celebrate this festival by lighting Diya, wearing new clothes and exchanging gifts.

Environment Minister Gopal Rai Delhi state in a press conference on Wednesday had declared a ban on bursting crackers on Diwali. If you still go ahead with burning them, then a penalty of Rs 200, which might go up to Rs.5,000 will be imposed among with jail sentence of six months to 3 years. This act of violating the rules comes under section 9B of the Explosive Act.

Not just Delhi, several other Indian States have also put a ban on bursting crackers. Let’s have a look at them

1. Delhi:-
As mentioned above, any type of cracker is banned till January 2023.

2. Punjab:-
The government allowed only for 2 hours from 8pm to 1-pm for bursting crackers on Oct 24.

3. Haryana:-
This state has totally prohibited the manufacture, sale or any kind of production related to firecrackers, excluding green crackers.

5. Tamil Nadu:-
This South Indian is following the trend from past 4 years by allowing them to burst crackers just for an hour. This state allows an hour twice on that day. The timings are between 6 to 7 am and 7 to 8 pm.

Even with restrictions, we can celebrate the festival as it is all about coming together and spreading joy. Happy Diwali. 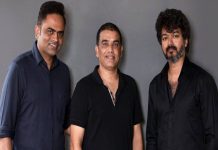 Diwali is a national holiday in the USA

Shahrukh Khan to resume his projects!