Ukraine and Russia have been at war since April, 2022. Russia warned other nations to not interfere in their internal matters. Ukraine on the other hand has been pleading US, UK, European Union Nations, NATO to help them fight against Russia. US President Joe Biden has been advised to talk to Ukraine President Volodymyr Zelenskyy to understand the situation by US troops, before taking any decision about sending weapons to the nation.

US has maintained that they will always be an ally of Ukraine in the war but about military involvement and providing weapons, they have been taking a back step. This is not in the fear of Russia’s Ultimatum but they have been vary about sharing their military equipment. They have asked Germany to help instead. Ukraine asked US and Germany to send their new-age military tanks for their help.

Abrams M1 tanks and Leopard 2 Tanks from US and Germany have been highly feared around the world. They have capacity to operate in tough conditions and are highly developed weapons. Hence, Ukraine asked for these tanks to be provided to them in the war. US is finally ready to send 30 Abrams M1 tanks and Germany has agreed to send 2-3 Leopard 2 Tanks. Till date, Germany feared of a World War-3 kind of situation as if they enter into war, it will be NATO vs Russia. With growing pressure, they have put forth a condition that they will only send their tanks if US sends Abrams. Well, seems like both have come to an understanding in helping Ukraine. UK is ready to send their 12 Challenger 2 tanks as well.

These Breakfast trends help you be healthy! 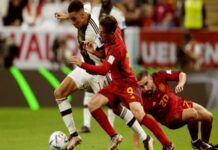 FIFA World Cup 2022: Germany and Spain fight to a draw! 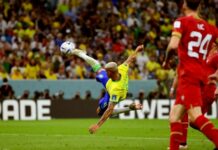 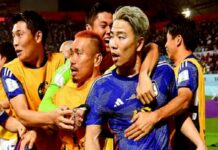