Ambani household has been in the news during the weddings of Akash Ambani and Isha Ambani. Now, they are in the news with their youngest kin, Anant Ambani getting engaged to his childhood friend and long time girl friend, Radhika Merchant. Both of them have been childhood friends and the couple have been part of major tabloid news articles in recent years. Anant Ambani has been silent about these rumors and now, his friend shared a picture about the couple getting engaged on Instagram.

The couple got engaged at Lord Srinathji Temple and the families have not released any official statement regarding this yet. Anant Ambani and Radhika Merchant are known to be very close friends. Anant Ambani has transformed his looks from being obese to slim and fit, in recent years as people started trolling him during Mumbai Indians matches. The young kin of Mukesh Ambani family is expected to take care of sports and entertainment division of family empire, soon. 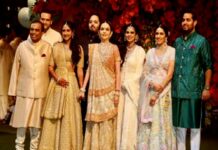 Ambanis dance at the ring ceremony of Anant Ambani 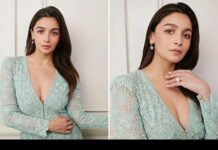